Please enter your username or email address. You will receive a link to create a new password via email.

Changes in Lending Driving the Change 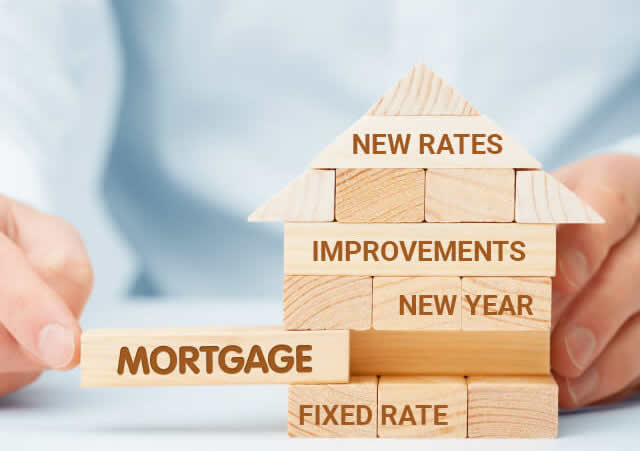 Changes in lending driving the change

In the last 6 years we have seen huge price increases on the back of low interest rates, shortage of property and an increase in demand with a growing population. Historically property prices have doubled in a cycle, which has been one of the favourite quotes for as long as I have been in the
industry: “Every 10 years property prices double”.

The cycles have been a little different since the Global Financial Crisis in 2008, which saw a much longer downturn of 7 years. Since 2015, prices had increases year-on-year totalling a whopping 150%. The longer downturn probably had a role in the longer growth period but combined with the pandemic we are now well and truly beyond what was expected and predicted.

There are several factors in play that will change the rate of growth for the next 12 months. Having said that, I don’t believe it will necessarily change the pressure points of supply and demand, but more so reduce the rate property prices are increasing.

There are small changes in the balance (or imbalance) of supply and demand. There are a few more subdivisions in Rotorua, which aid the supply, but with an expected increase in population this will not be enough to ease the pressure. Lending restrictions have changed people’s ability to borrow money which will probably have a greater impact on demand in another 6-12 months as fewer first home buyers seem to enter the market.

Mortgage interest rates are going up

The reserve bank has introduced key changes in the NZ consumer credit laws this year. It appears banks have adopted these changes early and are now using more stringent measures and criteria before approving mortgages to people. Banks have always used “calculations” and “ratios” to assess a borrower’s ability to repay a loan but have tightened these rules now. There will also be new restrictions introduced such as “Debt to Income”, which the reserve bank has been trying to introduce for years, but until June 2021 didn’t have the approval needed from government.

In recent months we have seen a change in buyer activity where the number of buyers have been slightly down on the previous months. The biggest change is in the number of “new buyers”. The “new buyers” are those who have only recently taken the step to start house hunting. This typically happens shortly after they have received pre-approved finance from the bank. If the flow of new buyers coming to the market continues to be suppressed, it may affect buyer activity further in 2022. Although buyer activity has dropped, properties continue to sell in reasonable timeframes achieving record prices.

Predictions for the next 12 months

I expect prices to hold steady, with the high-end properties continuing to see increases,
but not at the same rate as we have seen in previous years. My prediction is that prices might increase another 5-10% in the coming 12 months. There will still be plenty of people wanting to buy, but it will be more on a “fair market value” basis as opposed to record-breaking prices. The houses in the investment and first-home buyers’ segments will likely be the first to experience a slow-down in the market due to the increase in interest rates and lending/tax changes that affect investors and first home buyers hardest. This impact the rest of the market over time.

Timing and the fear of “Missing out”……

There are two prominent fears in real estate decisions. They are the “Fear of Missing Out” and the “Fear of Paying Too Much”.

I don’t expect prices will fall in the coming years. The government is trying to slow things down but has (or should have) no interest in prices actually dropping as this will create a host of new problems. There is a fear amongst people that they need to capitalise on this “good” market otherwise they may miss out. Although we’ll never be able to predict what the market is going to do with 100% accurately , I think it is very unlikely that prices will drop. Below are my suggestions for what to do if you are considering making a move in the near future, depending on your circumstances:

What should you do if….

…you have been waiting for the peak:
We will never know when we have reached the top of the market until we have passed it, but there are enough indicators that suggest we’re getting closer to the peak.

I made a reference in my previous newsletter about the market softening, which isn’t the same as a downturn. I explained the term “softening” as a greater balance in supply and demand. The buying activity from investors moving forward will continue to be different with the changes in tax legislation and rising interest rates, which will ease competition amongst buyers and eventually will slow price increases down. How long these things take is hard to predict but I think we’ll continue to see prices increase in 2022 but at a slower pace with prices settling in 2023.

…you are considering selling your home:
My advice around this remains the same. Choose a timeframe that works for you and don’t let the market movements dictate your plans. The market is great now, but it will very likely still be good in 6 months’ time. Worst case scenario, if prices do drop slightly in the future, the next house you are purchasing will also experience that drop.

…you are wondering whether to keep or sell your investment property/ies:
This is a long-term decision which you should make sooner rather than later. The benefits of investment properties are two-fold: cash-flow and capital gains. For some the change in interest deductibility will have a big impact on cashflow. For others it won’t make a huge difference depending on the size of the mortgages. You’ll have to compare investment in properties to other opportunities (investment opportunities or just cashing in/lifestyle options).

If you are unsure, feel free to contact me. Many people do ask for my advise and often we conclude that it is better for them to keep their property. However, it very much depends on your personal situation and what you would do with the funds after you sell. I have helped many people make that decision and will always be available to help where I can.

The last 12 months of real estate trends have been like a rollercoaster ride.First...

Predictions in an Unpredictable World

Most of the predictions made regarding the economy, house prices and the impact of...

Will there be a downturn in the property market? There are many views and predictions on what...